True or False: Nothing is certain in life except death and (income) tax

“Nothing is certain except death and taxes.” One of America’s favorite founding fathers, Benjamin Franklin, is credited with making the proverb famous. Historians suggest, however, that Franklin might have been quoting an earlier source since the death-and-taxes maxim exists in British publications dating back to 1716.

Interestingly, Franklin penned the phrase to contrast the certain guarantee of death-and-taxes with the weaker guarantee that the new American Experiment would survive. Franklin’s full quote, included in a letter to a French scientific colleague, states, “Our new Constitution is now established, and has an appearance that promises permanency; but in this world nothing can be said to be certain, except death and taxes.”

So, is it true? Or, false? Is there a way to avoid death or taxes?

I will first address the question of avoiding death before proceeding to the trickier topic of avoiding taxes. Although scientific experiments are underway to slow the aging process through genetic engineering or thwart death altogether through pseudoscientific experiments in cryonics (the low-temperature storage of a human corpse or severed head with the speculative hope that a person may be regenerated), death is indeed inevitable. Taxes, however, are another story.

You may have heard that there are some countries that function without collecting taxes. Is this a myth? If it’s not a myth, then how is it possible? How could a country operate without tax?

It is true that a handful of countries exist without an income tax, which may seem astounding to most Americans. Countries without an income tax include Bermuda, the Bahamas, Monaco, Andorra, and North Korea, as well as many Middle Eastern countries such as the United Arab Emirates, Oman, Saudi Arabia, Qatar, Bahrain, and Kuwait.

Bermuda is considered a tax haven because, among other things, it does not levy income tax on citizens or businesses. In addition, Bermuda does not collect a sales tax, value-added taxes (VAT), or wealth tax. The government survives by charging employers a graduated payroll tax for each of their employees. If your wealth is in stocks or investments, then you might pay very, very few taxes living in Bermuda.

However, before you pack up your suitcase and move to Bermuda, consider a couple of facts. First of all, Bermuda holds the dubious honor of being the most expensive nation on earth. World Bank analysts estimate the cost of living in Bermuda to be nearly four times that of the US. Furthermore, if you are moving from the US and wanted to avoid paying US taxes, you’d need to renounce your US citizenship and pay any applicable expatriation taxes.

Monaco is another appealing country with no income tax, wealth tax, capital gains tax, or property tax. Monaco’s government relies on tourist taxes and a value-added tax (VAT) of 19.6% on all goods and services.

Accessing the income-free benefits of legal residency in Monaco takes less than six months. (In contrast, the naturalization process in Andorra takes more than 10 years, and 30 years in UAE.) Besides the requisite paperwork, becoming a legal resident of Monaco requires that the applicant deposit approximately half a million dollars in a Monaco bank and plan to live in Monaco at least three months per year.

Monaco has long been considered one of the most beautiful and desirable nations on earth, attracting wealthy individuals and families for decades. Located on the French Riviera in Europe, Monaco is not as inaccessible as Caribbean tax havens like Bermuda or the Bahamas, nor as desert-bound as Middle Eastern countries.

Like Bermuda, Monaco is an expensive place to live. To avoid US taxes, one would still need to renounce US citizenship, including the payment of applicable expatriation taxes. 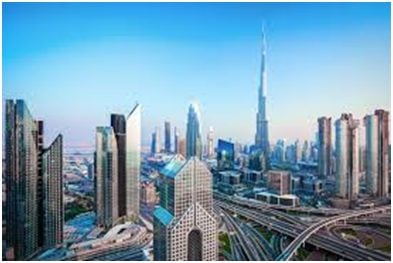 The United Arab Emirates (UAE) charges no income tax of any kind on individuals or companies. You could potentially earn your salary completely free of tax in the UAE if you have no other obligations to any other government. The UAE government creates revenue by collecting a corporate tax on oil companies and foreign banks. In addition, UAE levies a value-added tax (VAT) of 5% on most goods and services.

The UAE has become increasingly appealing to Americans in recent decades. UAE consists of seven countries, including Dubai and Abu Dhabi. UAE is considered attractive for its stable economy, modern conveniences, stunning architecture, and low crime. In addition, westerners are attracted to the thriving multi-cultural environment and large English-speaking population. It is more difficult to gain citizenship in the UAE than it is in most other countries across the world, but foreigners and foreign companies can still benefit from the low-tax policies in the UAE.

In conclusion, taxes are not as inevitable as death, but almost. Even if you renounce your American citizenship, paying the applicable expatriation taxes, and then do something as drastic as move to North Korea, you’re not free of taxes. Sure, you could celebrate April 1st as North Korea’s “Tax Abolition Day” and revel in the 1974 abolition of taxes as the “remnants of an antiquated society.” However, for all of that, if you stopped to buy a drink on the way to the parade, you’d pay a (hidden) sales tax.

Australian Aborigines and First Nation citizens in the US pay tax, albeit slightly amended. Refugees in the USA pay income tax, complying with tax law at a higher rate than citizens. Saudis pay tax on their oil revenues, and citizens in Monaco pay social security. To avoid a certain kind of tax – income tax – you might consider tax havens such as Bermuda, Monaco, the UAE, and Andorra, but you won’t avoid other kinds of taxes, such as sales taxes and social security. Income tax is indeed avoidable, but other kinds of taxes are not.

If you are behind on those inevitable taxes, the good news is that tax relief is possible. Contact one of our tax resolution specialists to find out how you can settle your tax debt in the most financially beneficial way possible.