Income is taxed by the federal government as well as the majority of states. Governments use income taxes to provide goods and services that benefit the American people.

The three largest categories of expenditures from federal tax are:

Other significant categories of income expenditures include interest on the national debt, social safety-net programs for Americans caught in low-income and emergency situations, and infrastructure. In contrast, states spend the majority of their available tax dollars on education. 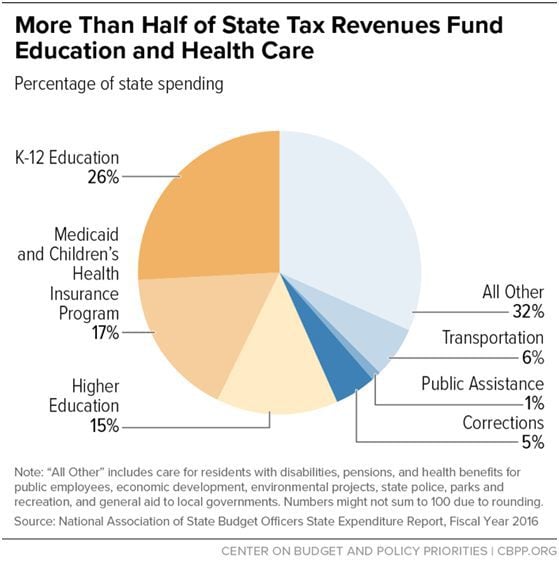 Did you know, for example, that the average millionaire has 7 income streams? Wealth accumulation is less about minimizing taxes and more about generating income. People who accumulate wealth don’t usually rely on one income stream such as a salary. They diversify and expand their economic potential until they have, on average, 7 income streams. As one income stream expands, another may contract, but the 7 streams form a braided river of economic stability and strength.

Non-taxable income streams, such as disability payments, inheritance, and financial gifts, might be considered an important safety net (in the case of a disability payment) or a welcome bonus (in the case of inheritance money), but one certainly shouldn’t aspire to become disabled or to have a rich relative die. Tax avoidance is not the key to wealth accumulation. Rather, wealth accumulation relies on developing taxable or tax-deferred income streams.

Worth noting is the fact that no number of income streams will lead to financial accumulation if spending outpaces earning. According to one expert, the key to accumulating wealth is uncomplicated:

If you sell your time for money (step #1) by getting your first job and earning a salary, then spend less than you earn (step #2) and use the excess to invest in multiple income streams (step #3). Use your time and energy to invest in nurturing and developing a diverse set of income streams rather than avoiding taxes.

Most millionaires hire tax professionals to manage their taxes. If you have multiple income streams, your taxes are likely complex and getting more complex with every year. Hiring a tax relief lawyer is an important component of financial health for many Americans, particularly if they have unresolved tax debt that they need help sorting out.

Whether you’re a millionaire or simply hope to be one, it’s important that you deal with any unfiled tax returns, tax debt, payroll tax issues, etc. Our experienced tax resolution specialists are extremely well-versed in IRS policies. They know how intimidating the IRS can be and will shield and advise you at every step to help you resolve tax issues in the most financially advantageous way possible. With a clean slate, you’ll be ready to press forward with the income opportunities that will help you prosper.