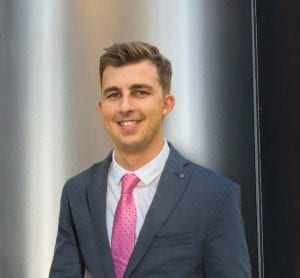 Having graduated with an economics degree from Leeds Metropolitan University (Now Leeds Beckett), Ben arrived in Chicago having worked a multitude of roles within financial services across three different countries. Beginning his career at GE Capital (Manchester,UK), Ben worked within the asset management and accounting functions before following his soon to be wife to move to Barcelona, Spain.

He lived and worked in the beautiful city of Barcelona for 3 years working for Air Products. But outside of work, Ben enjoyed summer evenings on the beach with his (not then) wife and friends, playing football (soccer) in the hills in the evenings and attending the crazy festivals the Catalans are famous for. His runs would take him past La Sagrada Famila down towards the beach and back up through the parks and small streets in central Barcelona. Ben would frequently compete in races across the city of Barcelona including the half marathon and other 10k events.

Ben moved to Chicago in the summer of 2019 with his now wife and joined The Tax Defenders in early 2020.

He is a data driven individual who enjoys complex problem solving, outside of work he is an avid Manchester United and football (soccer) fan, being British he obviously likes, tea, cricket, the Queen, and David Beckham and finds American spellings strange.